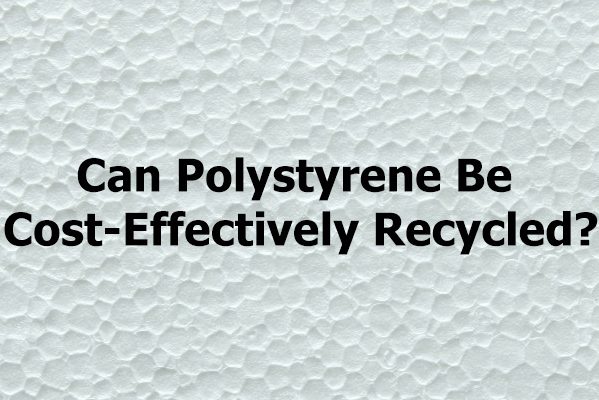 Can Polystyrene Be Cost-Effectively Recycled?

Rigid polystyrene (PS) is just polystyrene plastic, with no air bubbles included. The food service market is a major customer of this product, that makes strong, protective as well as insulating trays, cups and containers. These properties make this type of plastic  a preferred packaging product for goods protection in shipping. This is much easier to recycle, and also can simply be melted as well as moulded into brand-new containers and other products.

Expanded polystyrene (EPS) or polystyrene foam– the white “bubbly” plastic frames typically made use of in product packaging for furniture or electronic products– is really up to 98% air, and as little as 2% plastic. Consequently, it is rather difficult to move and also recycle efficiently and cost-effectively.

EPS is among most fiercely disputed materials when it comes to recycling. The product itself, composed mostly of air, is highly functional, reliable in reducing item damage, as well as cheap. But those very same properties make it expensive to recycle due to the fact that it needs a lot of space. In addition, that light weight makes it easily moved away by the wind or water streams, where it contributes to a global problem of ocean plastic.

Not a surprise, it has actually been outlawed in over 100 towns in many U.S. states, though Tennessee legislation still allows to use expanded polystyrene. he New York restriction was reversed in September 2015, when it was lifted by the court, in response to a coalition of EPS producers and also local New york city business owners. In 2017, New York reinstituted its EPS ban, after it was identified by the city to be impossible to recycle economically.

The good news is that EPS can be recycled. The rate of post-consumer and post-industrial EPS recycling is one of the highest among all kinds of plastics. For the past 15 years, the worldwide EPS industry managed to recycle an average of 19 percent of post-consumer and 25 percent of post-industrial EPS. Moreover, Dumping EPS into landfills is extremely harmful for our environment because it does not biodegrade in landfills. Polystyrene packaging is not permitted to use in Antarctica as consumption of polystyrene by wildlife can be fatal. On the other hand, recycling every ton of EPS saves as much as 637 gallons of oil.

Actually, the very same characteristics that make EPS preferred, also prevent it from being recycled easily: namely, its low density, which could make shutting the loop really expensive. Inning accordance with the Partnership of Foam Packaging Recyclers, EPS is 98 percent air, which, when contained in bulky, hard plastic shapes, can become remarkably expensive to transport.

EPS is an extremely recyclable and preferable product. However, the collection of EPS could be a significant obstacle as the product is very light. Those companies that have achieved success in recycling EPS have created a collection system in which the EPS is delivered over brief distances to a center where product can be accumulated and also either compressed or densified.

After the material is compressed, it requires less time and money to be effectively transported over the long distances. However,  density is not the only concern.

An ongoing issue in EPS recycling is cleanliness. The product should be devoid of any contaminants before being pressed, or it creates quality issues for future end users.